Top 6 Habits of Most Successful People

Every morning we wake up to a new day hoping it will be better than the other days you’ve had. We begrudgingly start our day wishing that things will be better. Sadly, things aren’t going to get any better. Well, not on its own.

Most of us have a very defeatist mentality when it comes to dealing with life. We surrender to the idea that we have no power over what is happening with our lives and so we just sit down and wait for our impending doom. Of course nobody will admit this but 90% of the people really take the term “Hakuna Matata” to a whole new level.

So how can you become successful? Is your life, bad or good, a consequence of events starting from the day you were born? Do we really have no control of our life? Can we be successful if we really tried?

Success does not just come. It is earned. People who just go with the flow and hope to strike gold will realize soon enough that success is not that simple to attain. So how can you become successful?

Let’s start by emulating the already successful individuals. To help you out, we have gathered 6 of the top habits of highly successful people. While not ALL habits may be applicable to your current predicament, we urge you to start adapting one as a start.

Most of the successful people I know does a lot of things in a single day. The amazing thing is that even though they may be bombarded with hundreds of tasks in a day, they can finish it all. Successful people look at their task list and smile while the rest of us grimace. This is because most successful people follow a routine.
Alright, you might have heard how a lot of so-called experts claim that following a routine can make your life boring. Personally, a routine does not have to be boring. At the very least, a routine can make your life seem organized. It gives you a good idea of where you are, what needs to be done, what needs to be changed, and what you have to accept. It keeps your mind in a frame of thought where it can think better.

Following a routine does not mean you have to list down everything from 1-99. Let’s be honest, not all of us are fans of following instructions. A routine can be as simple as following a “flow” in your daily activities. What you can do is to categorize your daily tasks and go through them systematically. This conditions your body and brain to work at certain times of the day while giving it time to truly relax on down times.

A lot of friends I know think that staying up late to finish all their tasks is the way to go in life. They stay until the wee hours of the morning to finish what they need to and end up either waking up late in the morning or not having enough sleep. Whichever way, they lose.

More often than not, people who stay up late at night are also the kinds of people who find it hard to start their day. They wake up groggy and unable to get out of bed with energy.

Most people believe that successful people just need intelligence and luck in order to succeed. They think that the race is all about who has the brightest mind. Little do they know, success has as much to do with the brain power as the person’s health and psychological resolve.

Relying only on your intelligence can only do so much for you. That’s why most successful people don’t forget to take care of their bodies and psyche. No, you don’t have to go to the gym to get ripped or take extra classes to strengthen up your consciousness. Just making sure your body is in good shape is good enough. An early morning jog twice or thrice a week usually does the job. As for your soul, frequent “me” times coupled with meditation sessions usually does the job.

While both facets do not directly affect your success. It keeps you on track towards your goal. You wouldn’t want to be sidelined because of sickness, right? Same way that you don’t want your own head to be your own enemy towards your drive to success. Underestimating the power of workout and meditation can spell the difference between success and failure.

Do you think you know everything there is to know? Probably not. They say that complacency is the friend of failure. Don’t ever settle for what you know because there will be something new to learn every day. A part of success is all about being the best in what you do. To do this, you must always be hungry for knowledge.

New things are being discovered and theories are being tested on a daily basis. What you might know today might become obsolete tomorrow. When you become lazy and complacent, you automatically lose. That’s how big companies bow down to the smaller, newer ones. They fail to update themselves so they lose along with their old-school knowledge.

If you want to be successful, don’t ever settle. Always consider yourself a student and never a master. Read, listen, watch. Allot a few hours a day to catch up on the latest finds on your niche. Think about it, it won’t hurt so why not do it, right? Plus, being ahead of the competition in terms of knowledge gives you enough leverage to always be one step ahead of the competition.

Don’t forget the age-old adage that says, “Knowledge is Power.”

They say that a ship without bearing is bound for disaster. This is extremely true with people. While it may be good to spend a few years of our lives just enjoying life with no goal in mind, if you want to be truly successful you need to learn to appreciate the idea of creating and accomplishing goals.

Note that creating goals does not mean having to tell yourself that you should be President of the United States by 30 years old. First, you need to develop a habit. To do that, you need to constantly create small and attainable goals. Start with maybe setting a goal of waking up early for one week. While it may not be directly related to success, such goals will condition you on meeting certain accomplishments.

Nothing good comes to a person who just waits for things to happen. While it may be great to just lie and wait and all of a sudden success comes to us. But the reality is, nothing quite like this happens. That’s why you need to get off your backside and start working towards your goals.

Being proactive means not just doing what needs to be done for the day. Being proactive means doing whatever you can within your power to inch your way towards success. All the tips mentioned above can be considered proactivity.
Being proactive requires a little bit of foresight so always know what needs to be done before it is required from you. Being a proactive not only relates to work. As a matter of fact, being proactive also means taking responsibility for your life. No more blaming other people or circumstances for your actions. Proactive individuals know that they are where they are due to the actions they’ve done in the past and that the only person who can change it is themselves. That’s why they don’t just live in the now but instead always look forward to the future.

Nobody is born successful. People aren’t genetically engineered to be more successful than others. All it needs is a little effort and some personal management.

Success is not just about being the richest or being the most popular. True success is when you’ve reached your full potential. To a certain extent, the most successful individuals are those who are contented but not complacent. So if you want to be a success story, you better start now. A word of caution though, don’t expect things to happen overnight. Building your success story will take time – but it will all be worth it. 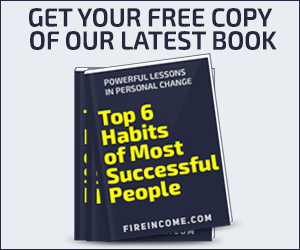 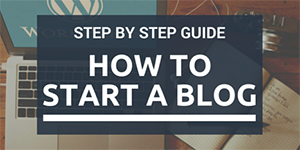